BC Gallery presented disarming, a solo exhibition by artist Emanuel Gollob (b. 1991; lives and works in Vienna), featuring the first works of his new disarming series.

Gollob has conceived a site-specific exhibition which presents an immersive experience and offers a performative exploration of the relation between detached robot arms, artificial environments, and human observers. A learning and unlearning of locomotions in postanthropocentric environments and times.

Two durational robotic performances and two film works were exhibited throughout the gallery space which was transformed into an artificial fallow cornfield. All four works playfully explored the ambiguity of disarming as a process of physical detachment and emotional attachment.

Locomotion can be seen as a primal (post-birth) instinct and ultimate act of independence. A robotic limb, somehow detached from a human-constructed technological body, tries to find concepts for advancing movements even though it initially wasn’t made for locomotion – vulnerable yet determined. Parallel to a familiar dystopian plot of technological autonomy and the feelings going with it, witnessing these first clumsy tries may awaken compassion or even a certain emotional bond.

Emanuel Gollob paints a picture of a multi-layered narrative of technology as a convoluted species and potential valuable mediator in a multi-species world. An ecological system of intertwined digital and physical realms with parallel learning/unlearning on different levels. A relational world with and between independence and still connectedness.

disarming fuses physical acting with digital observation and vice versa. The disarming exhibition in the physical realm was mirrored by an online sibling, allowing viewers not in attendance to experience the art.

This project would not have been realized without: 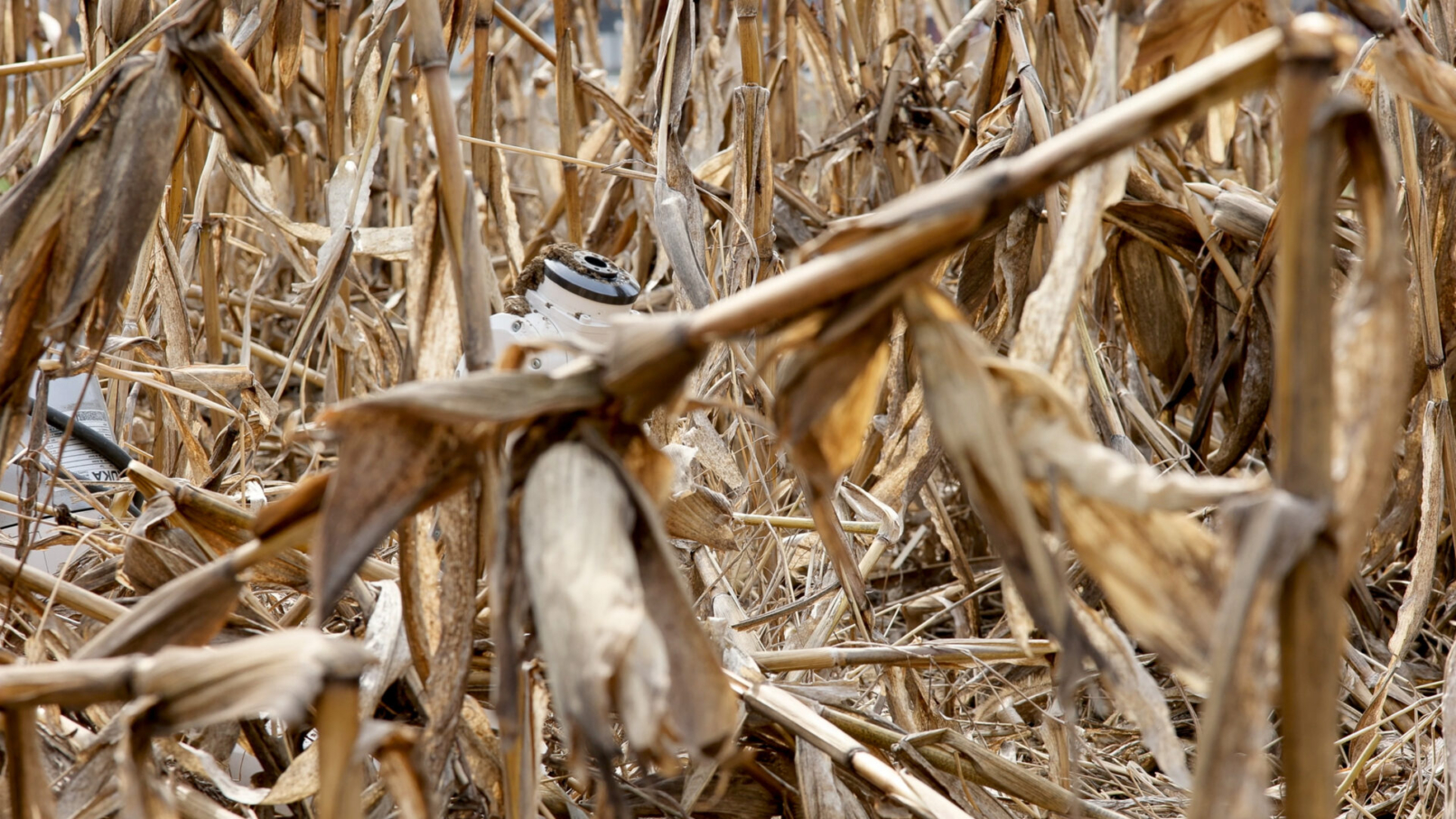 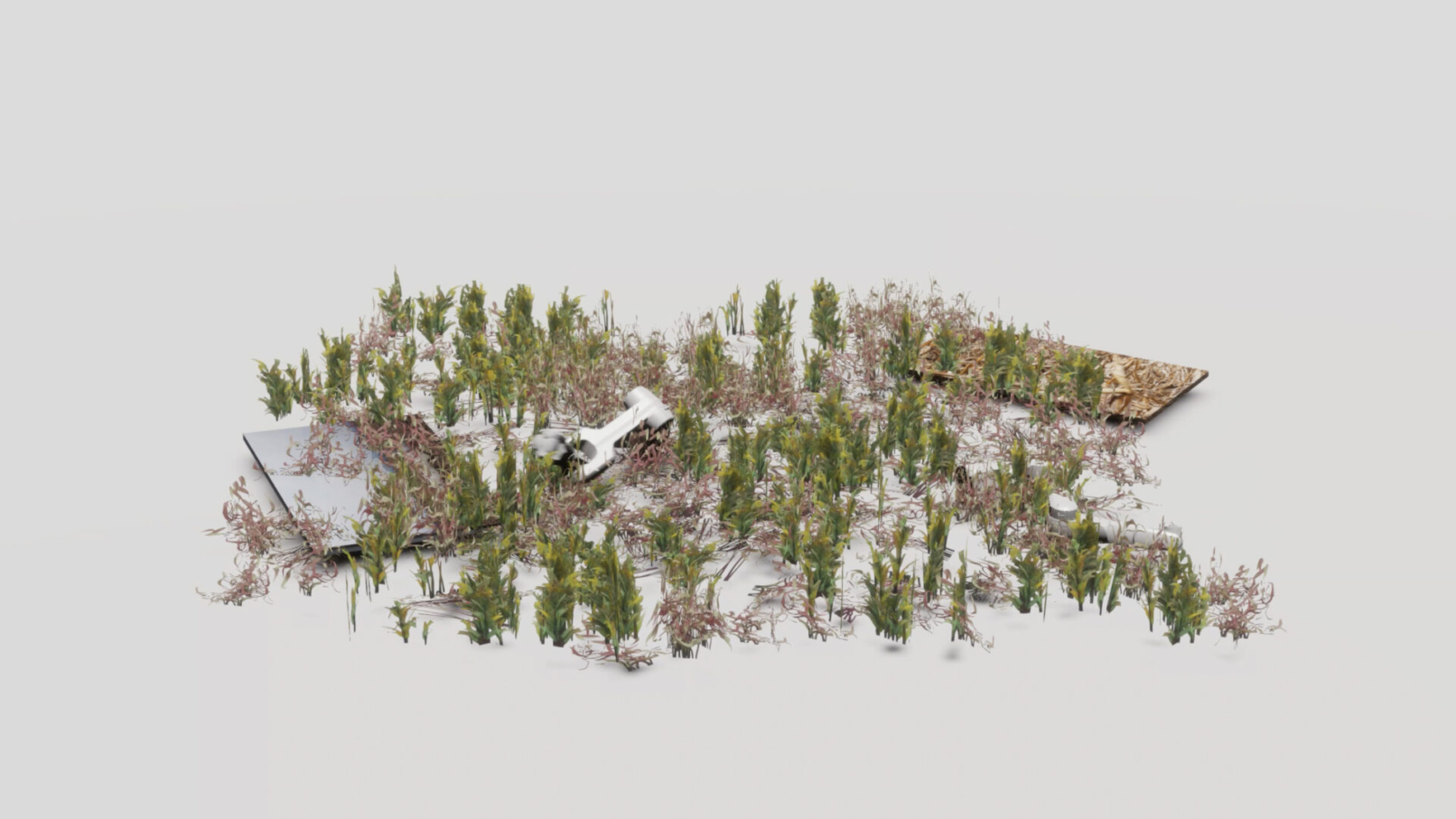 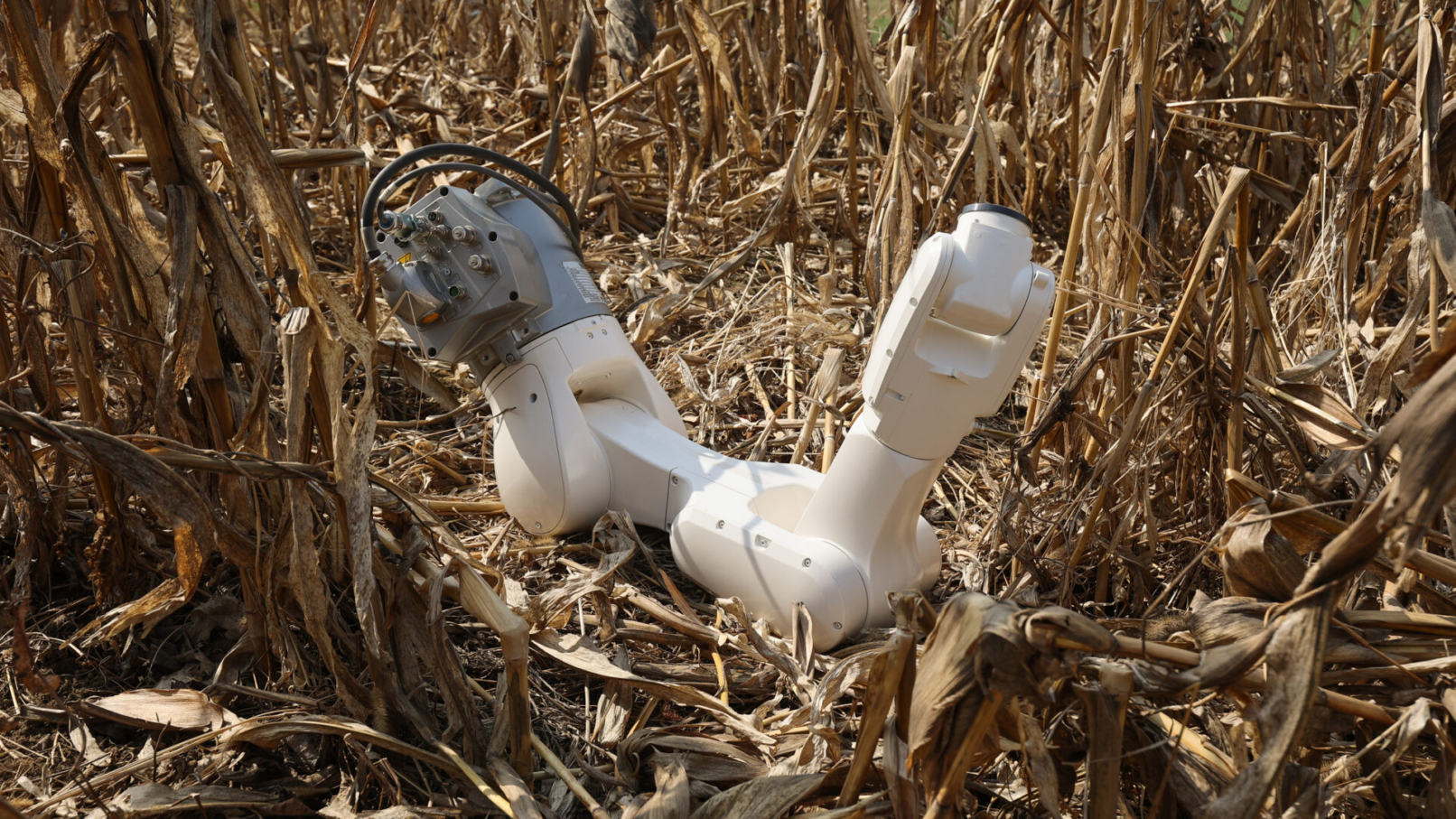 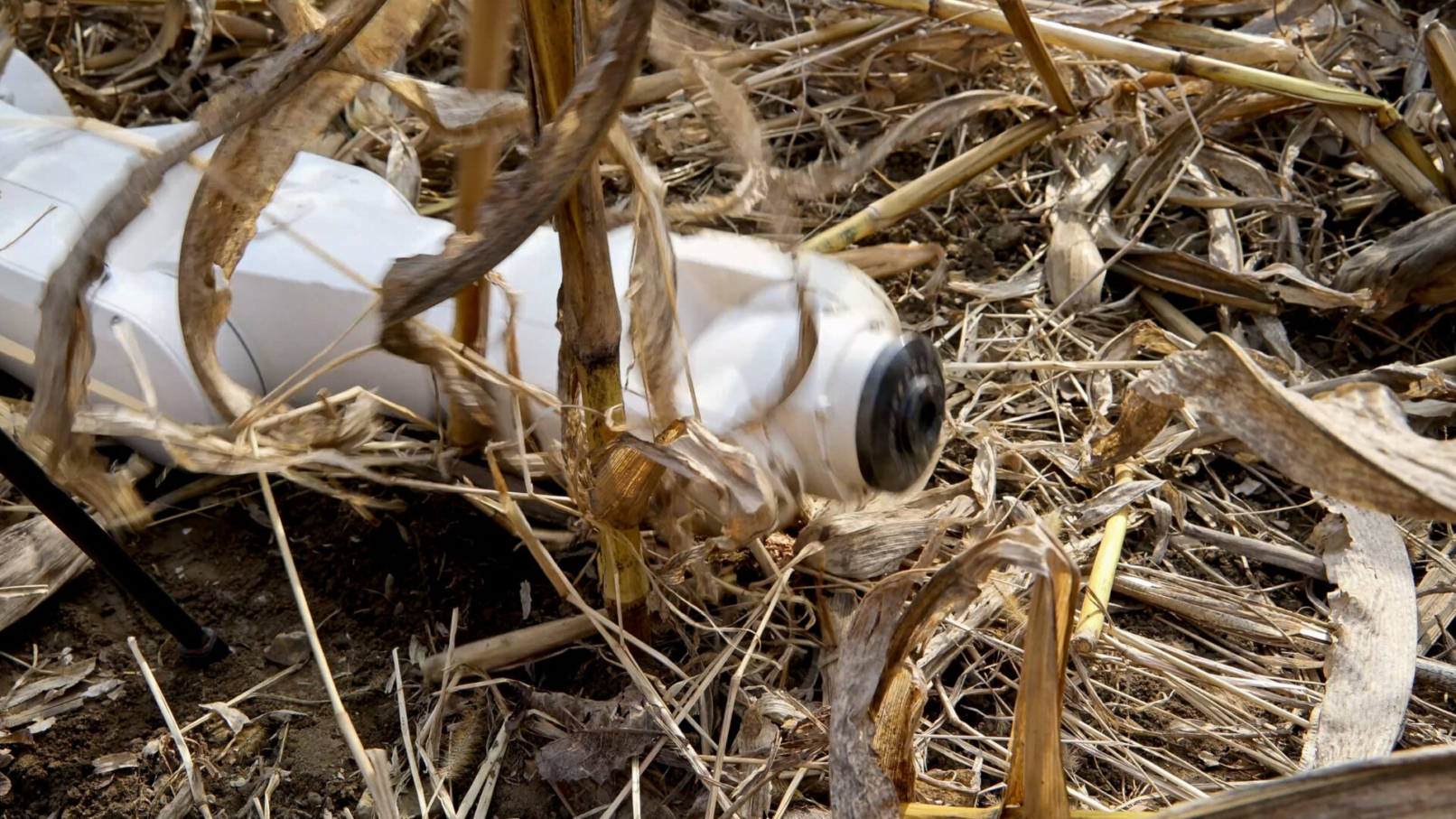 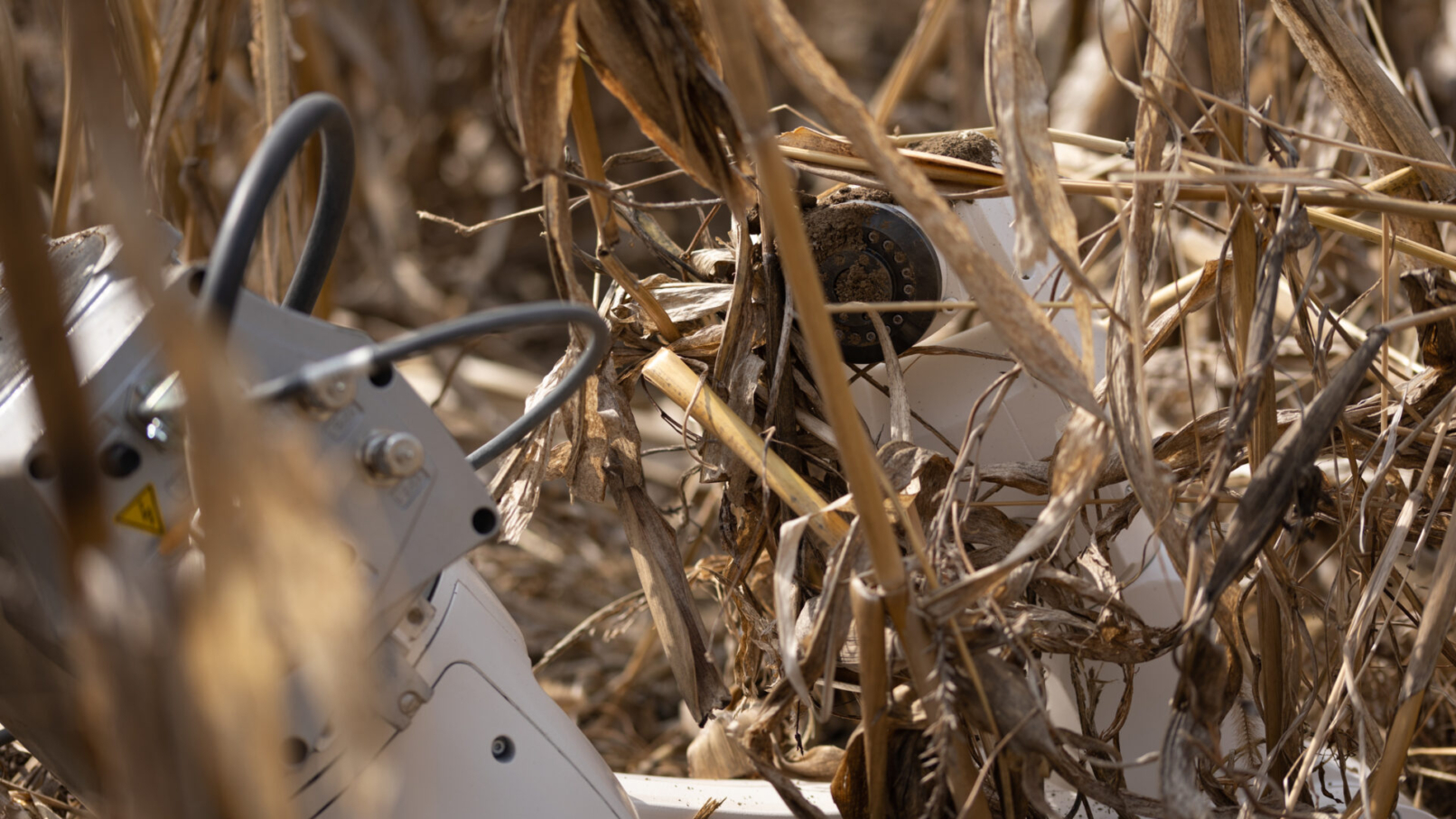 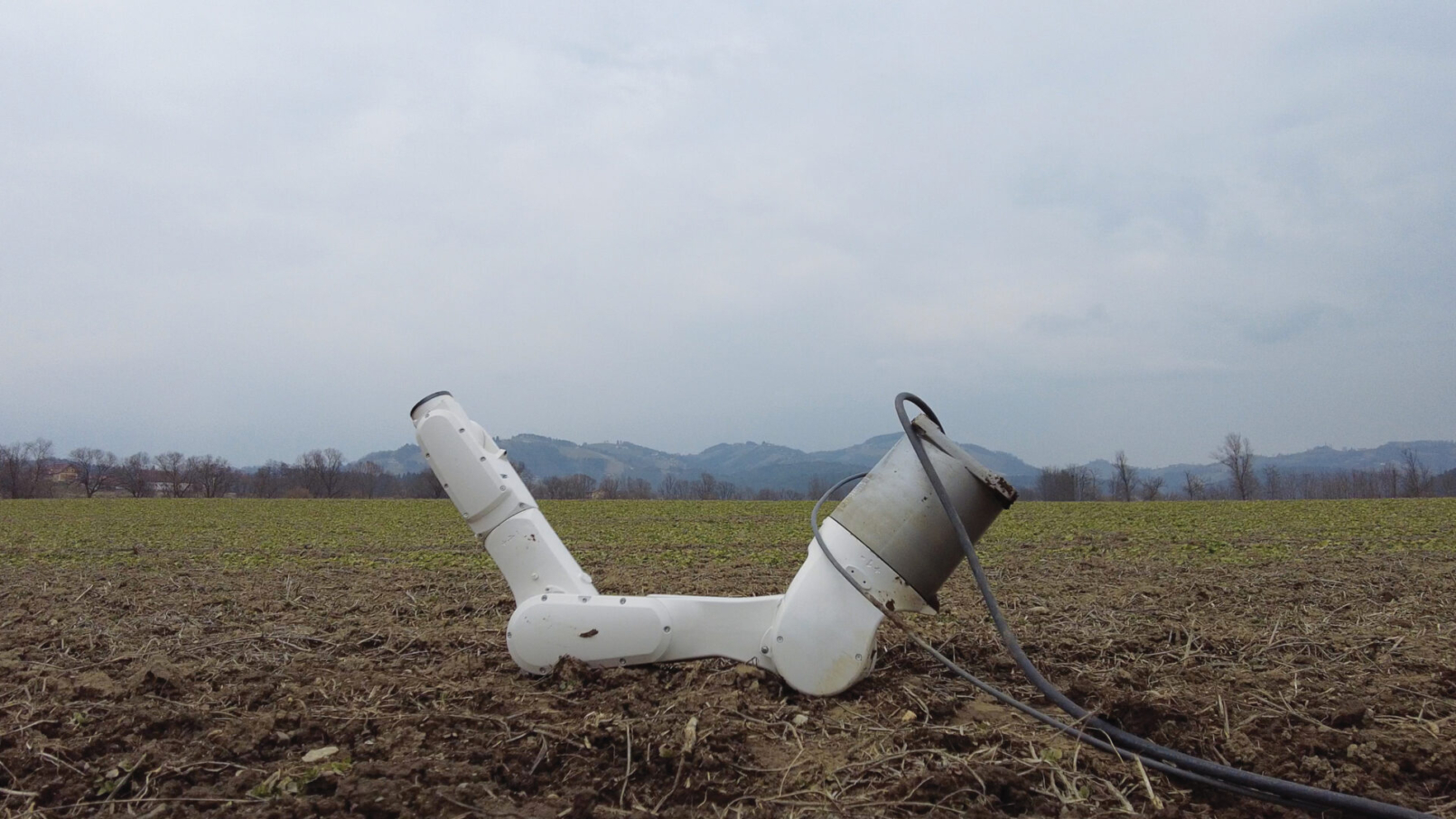 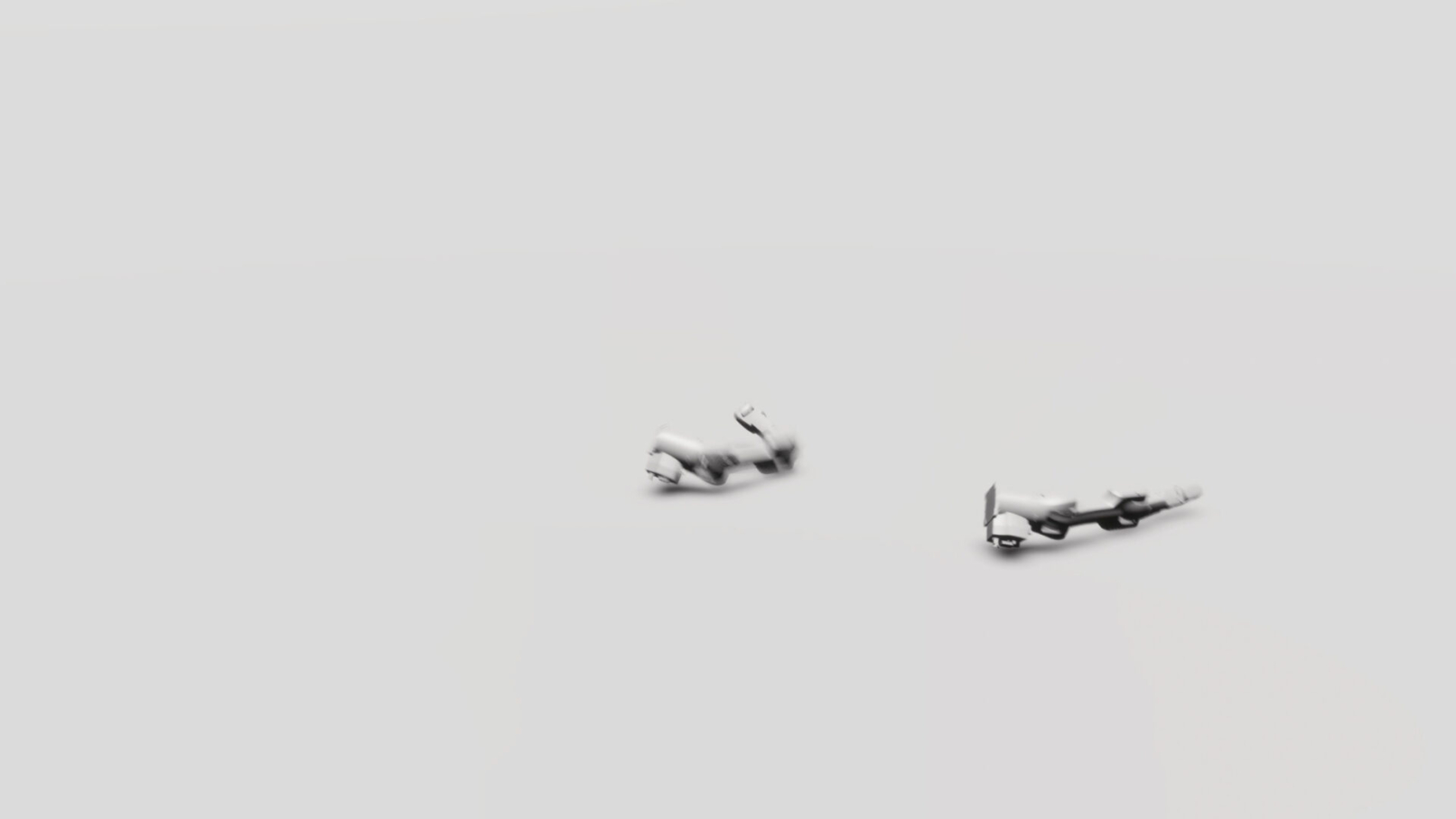