Doing Nothing with AI 1.0

In times of constant busyness, technological overload and the demand for permanent receptivity to information, doing nothing is not much accepted, often seen as provocative and associated with wasting time. People seem to always be in a rush, stuffing their calendars, seeking for distraction and the subjective feeling of control, unable to tolerate even short periods of inactivity.

The multidisciplinary project Doing Nothing with AI intends to address the common misconception of confusing busyness with productivity or even effectiveness. Taking a closer look there is not too much substance in checking our emails every ten minutes or doing some unfocused screen scrolling whenever there is a five minutes wait at the subway station. Enjoying a moment of inaction and introspection while letting our minds wander and daydream may be more productive than constantly keeping us busy with doing something.

However, nowadays it seems to become more and more difficult as we live in a highly stimulative digital culture. Our brains start to adapt to these higher stimulation rates, attention spans decline and our cognitive modes seem to leave deep attention behind being replaced by some form of hyper-attention.

In order to promote a doing nothing state in 2019, Emanuel Gollob and his team are currently working on the creation of a neuroreactive installation, including live EEG-measurements and a real-time adapting robotic choreography. Over time the algorithm increasingly learns to move the installation in a way it best supports the user’s mind-wandering process, while a parametric real-time robot control system allows to create a space of more than 4 million possible choreographies.

Doing Nothing with AI is an individually adapting robotic performance based on organic movement, peak less rhythmic narration and sine wave like repetition – just catchy and interesting enough to help the user to get into a state of drifting thoughts while watching.

From 5th to 9th of September Doing Nothing with AI 1.0 was shown at the Ars Electronica Festival 2019

Supported by Vienna Business Agency.
Parts of this iteration were produced at Design Investigations studio at the University of Applied Arts Vienna. 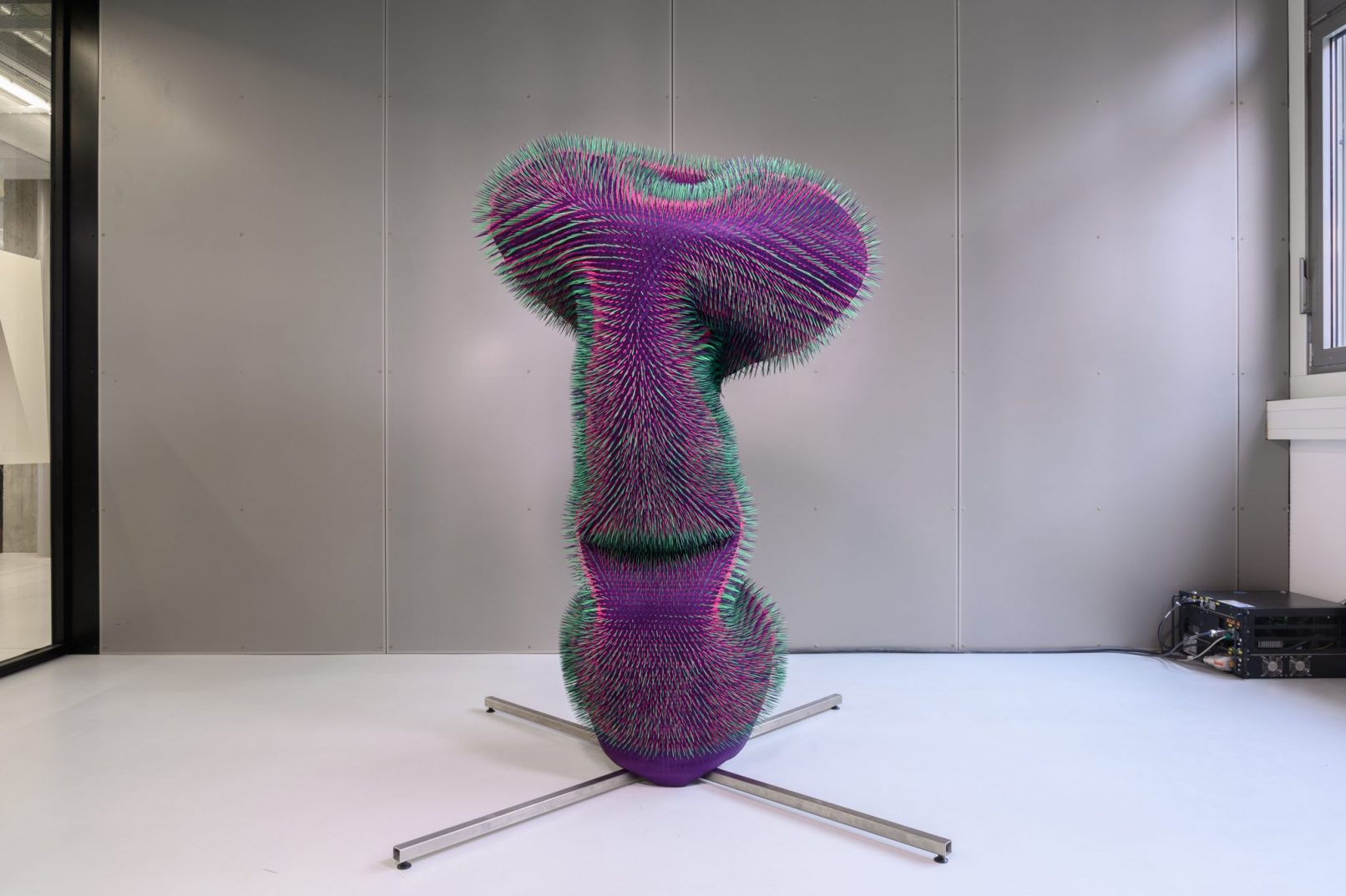 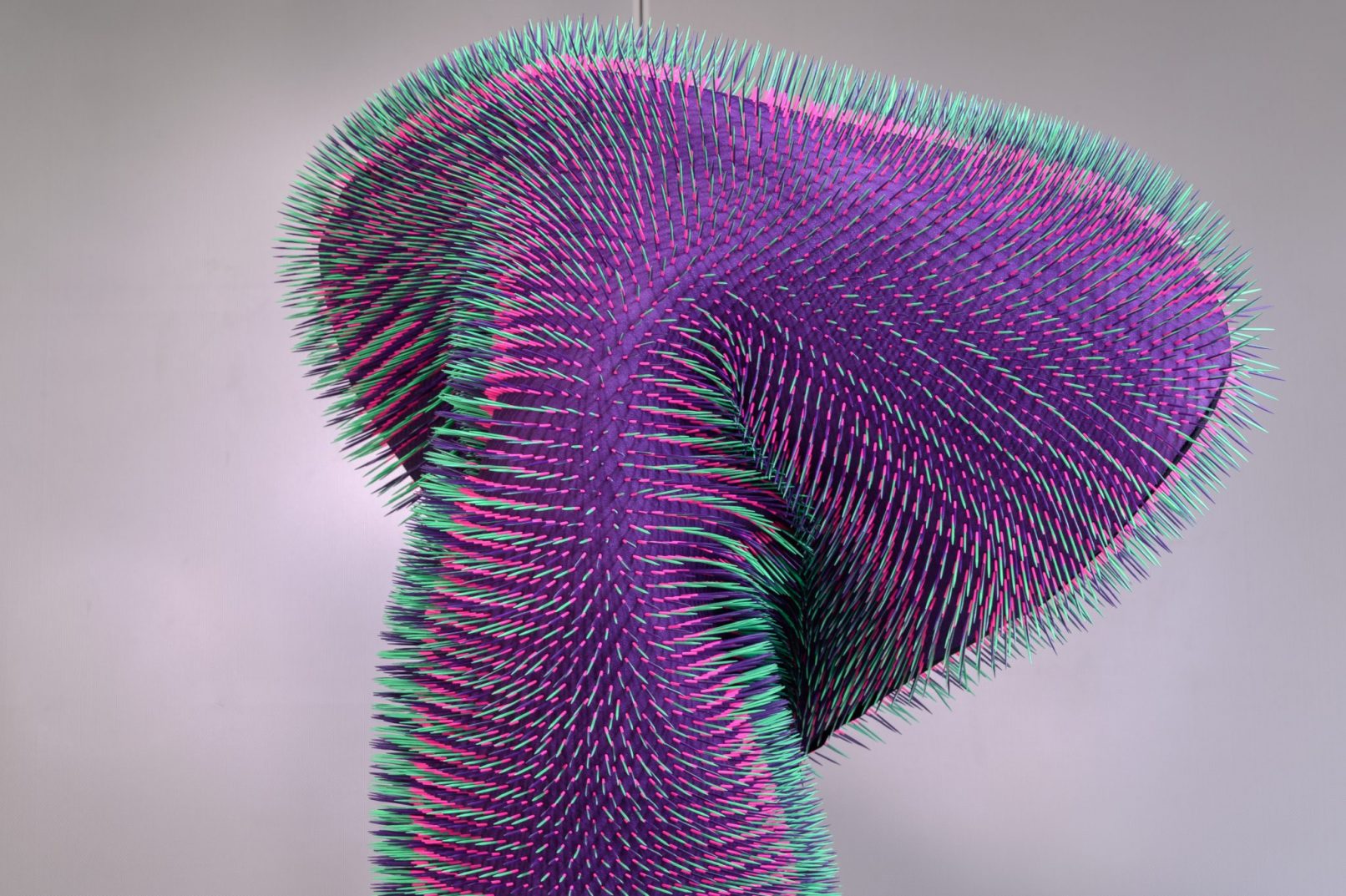 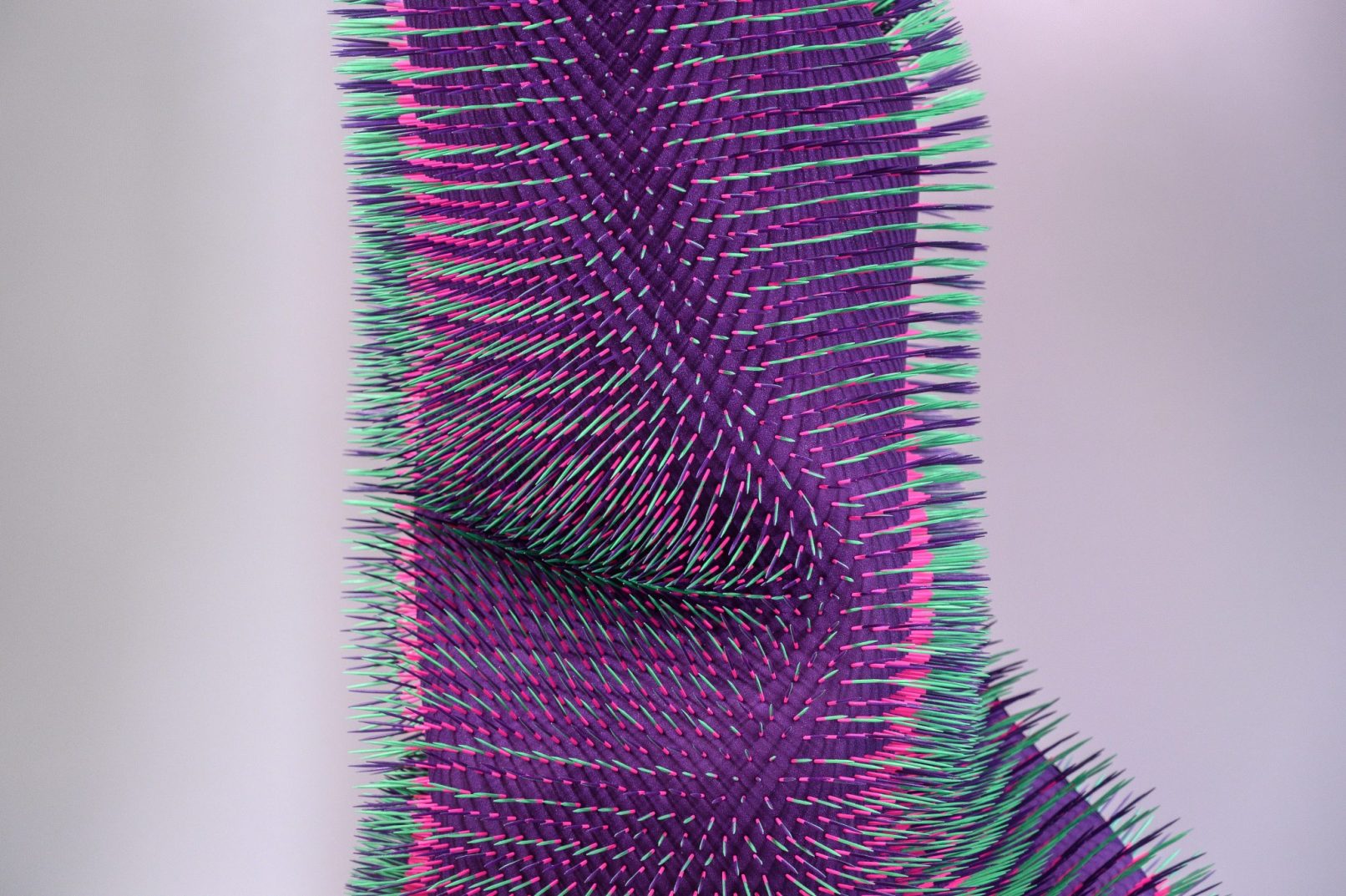 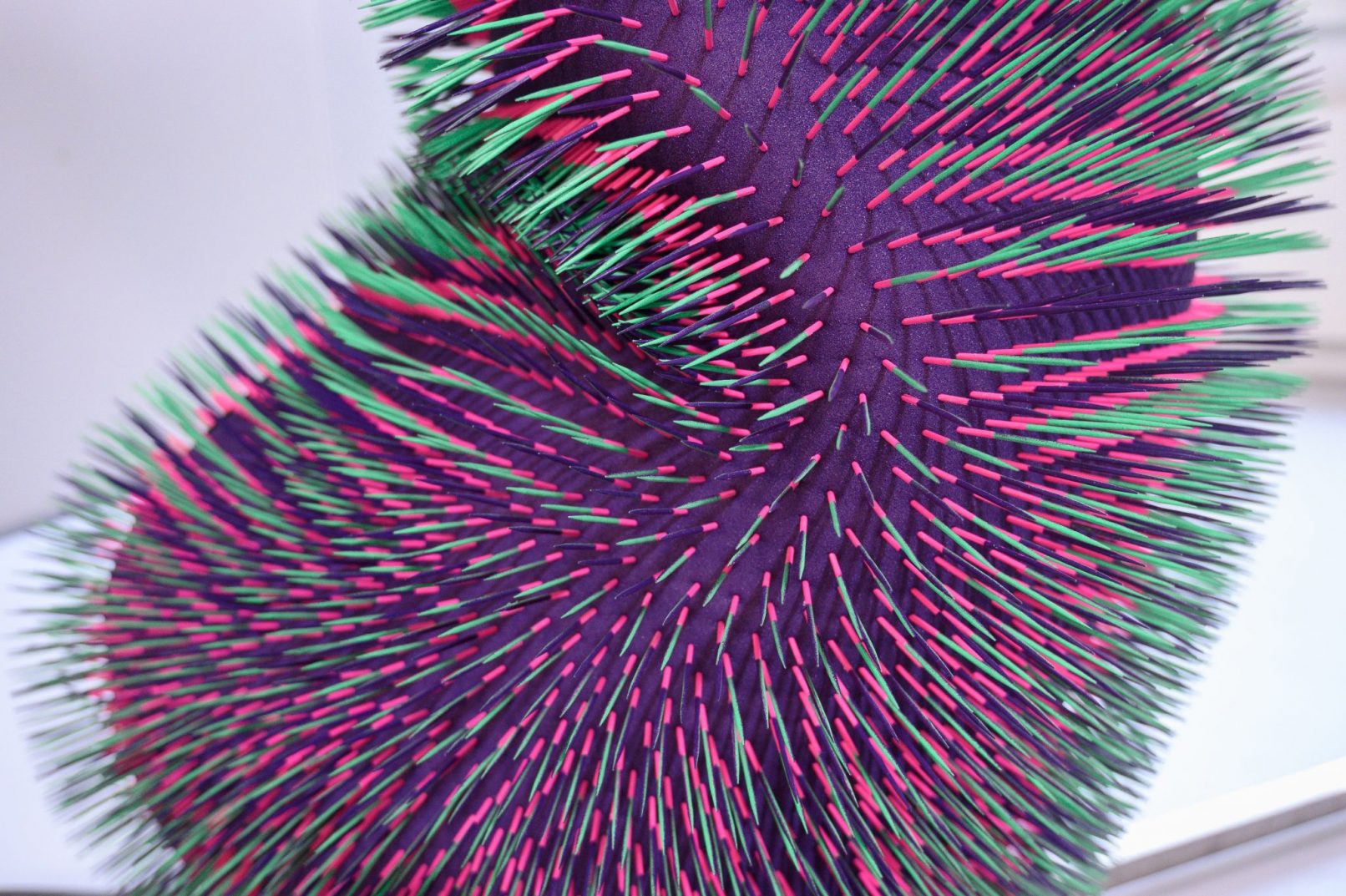 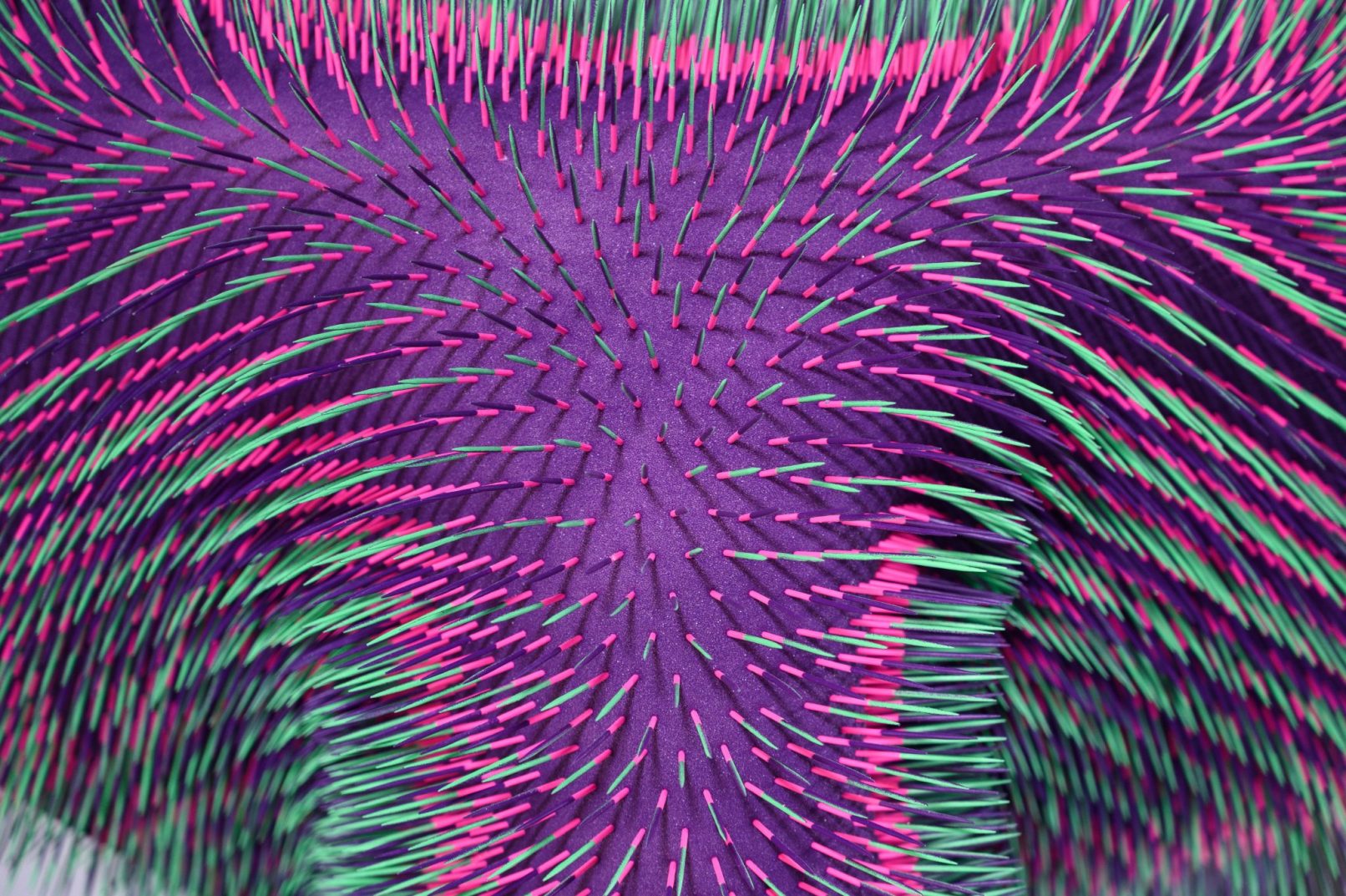 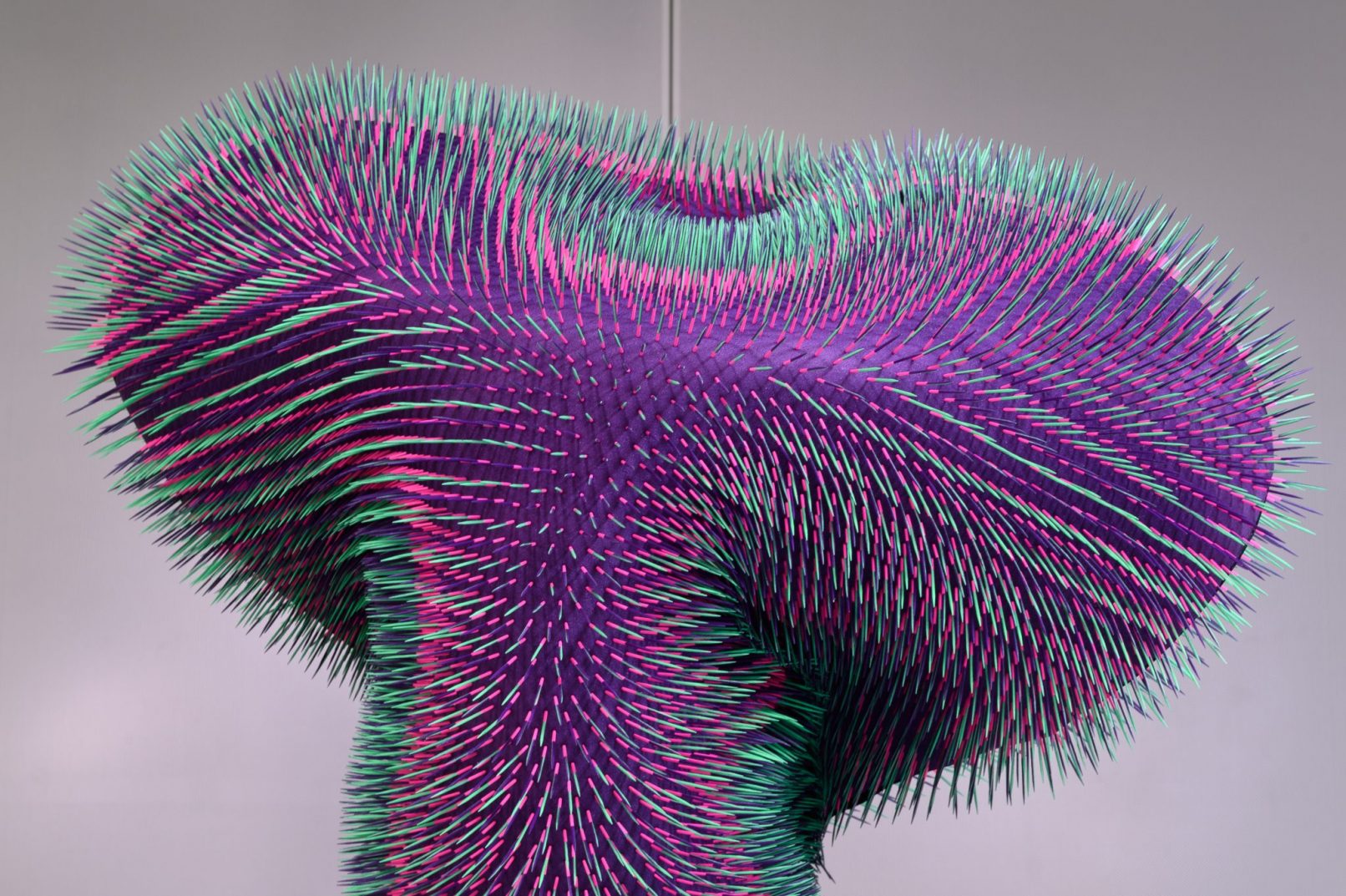 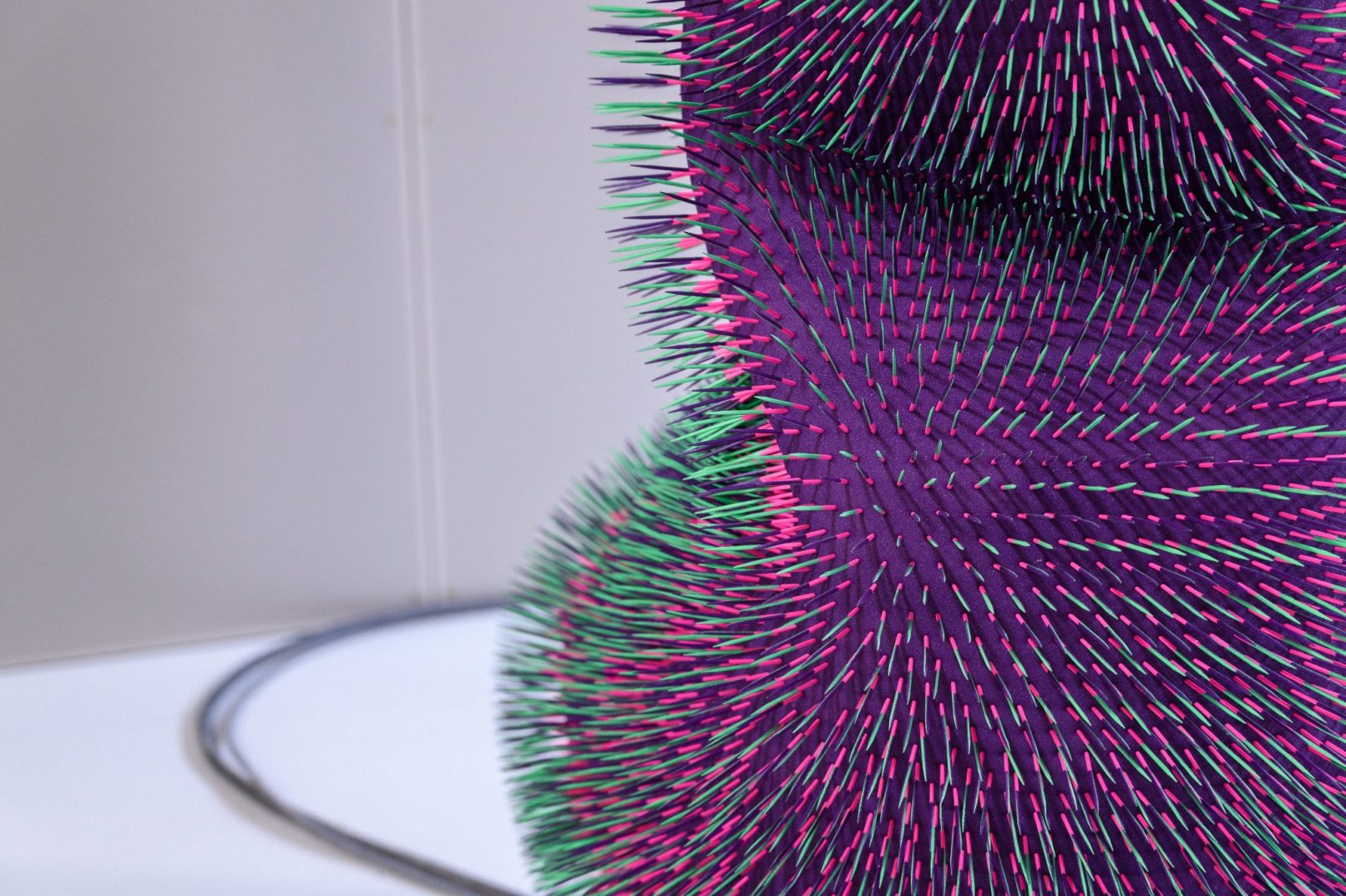 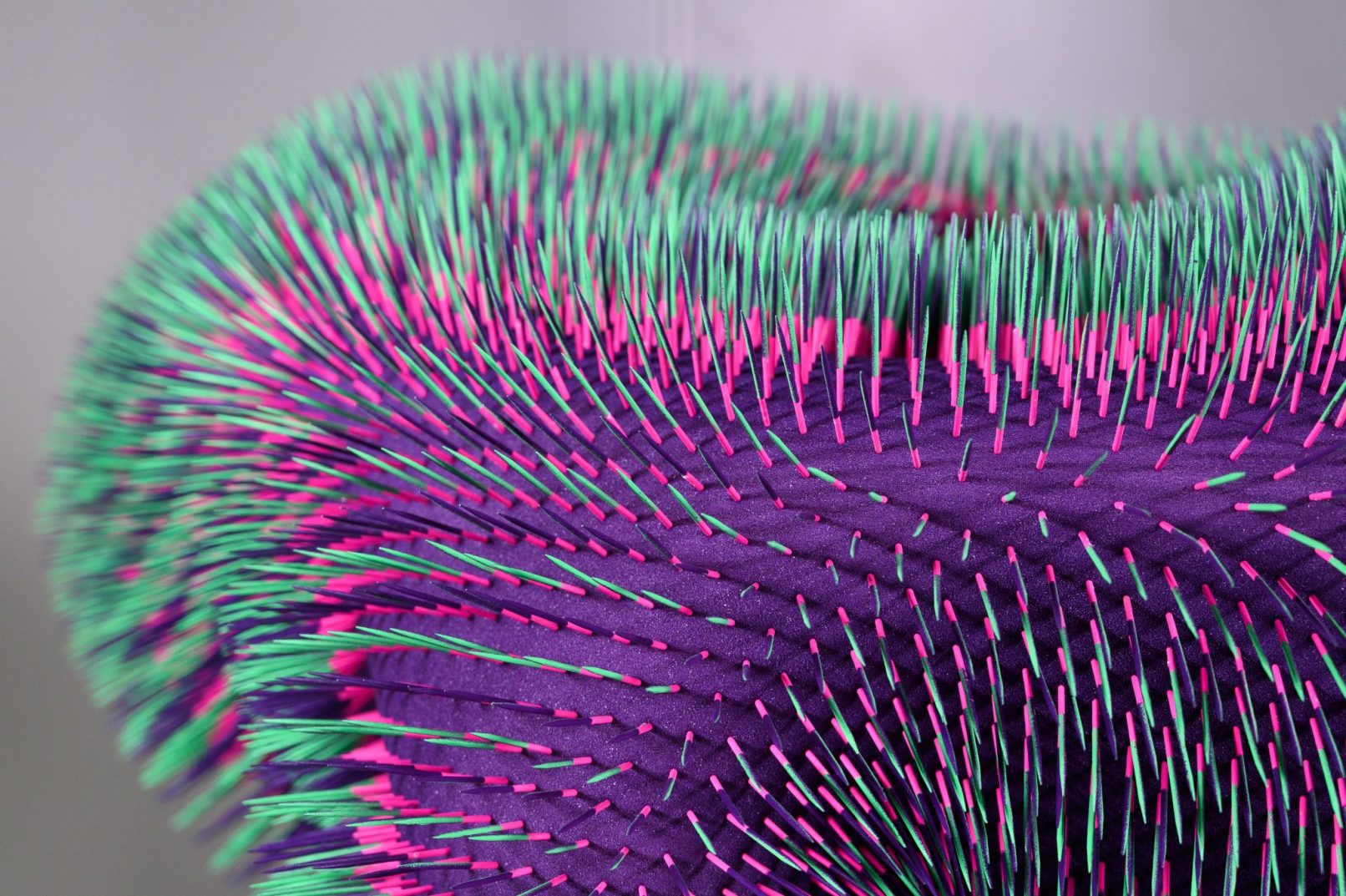 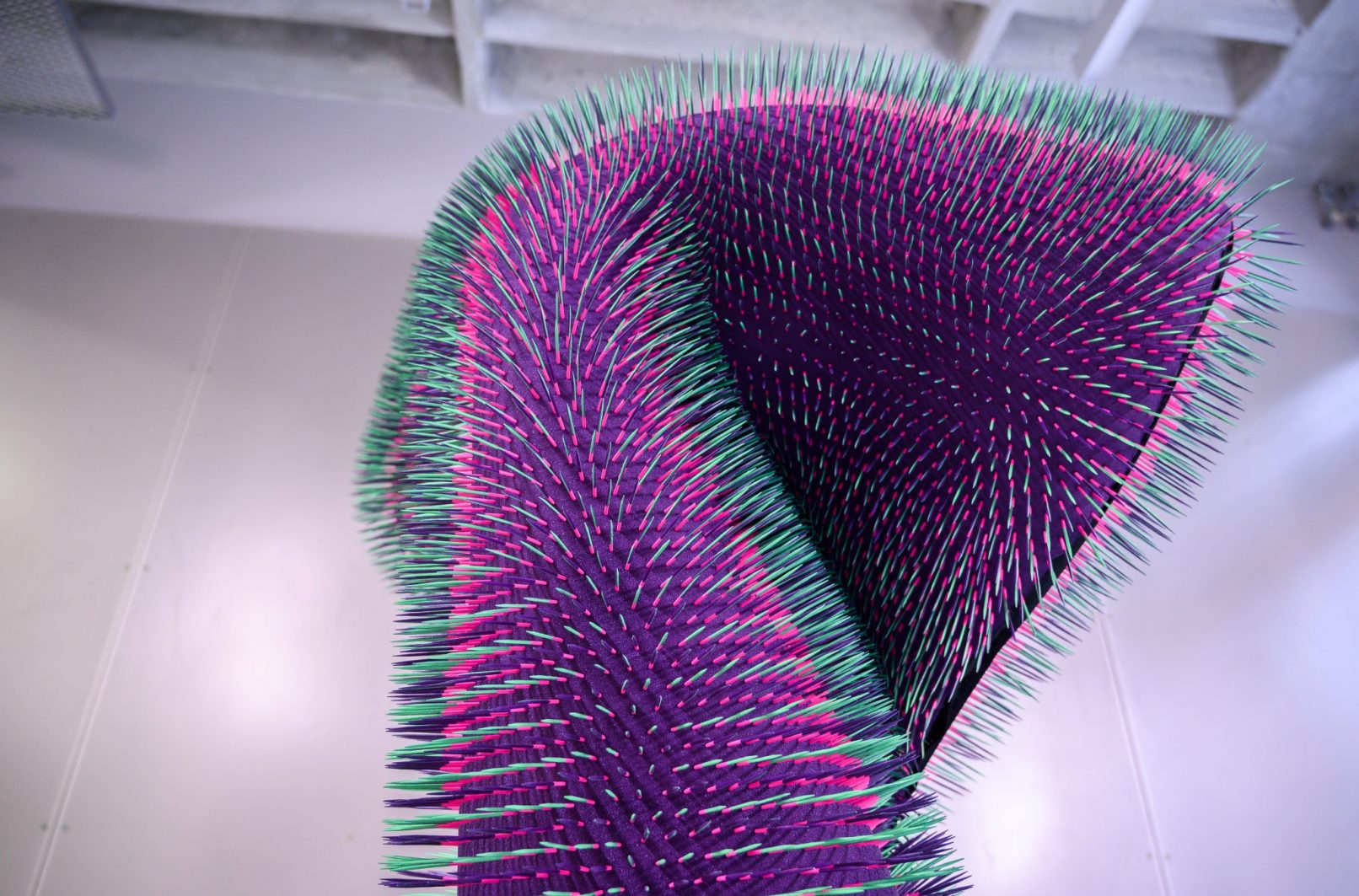 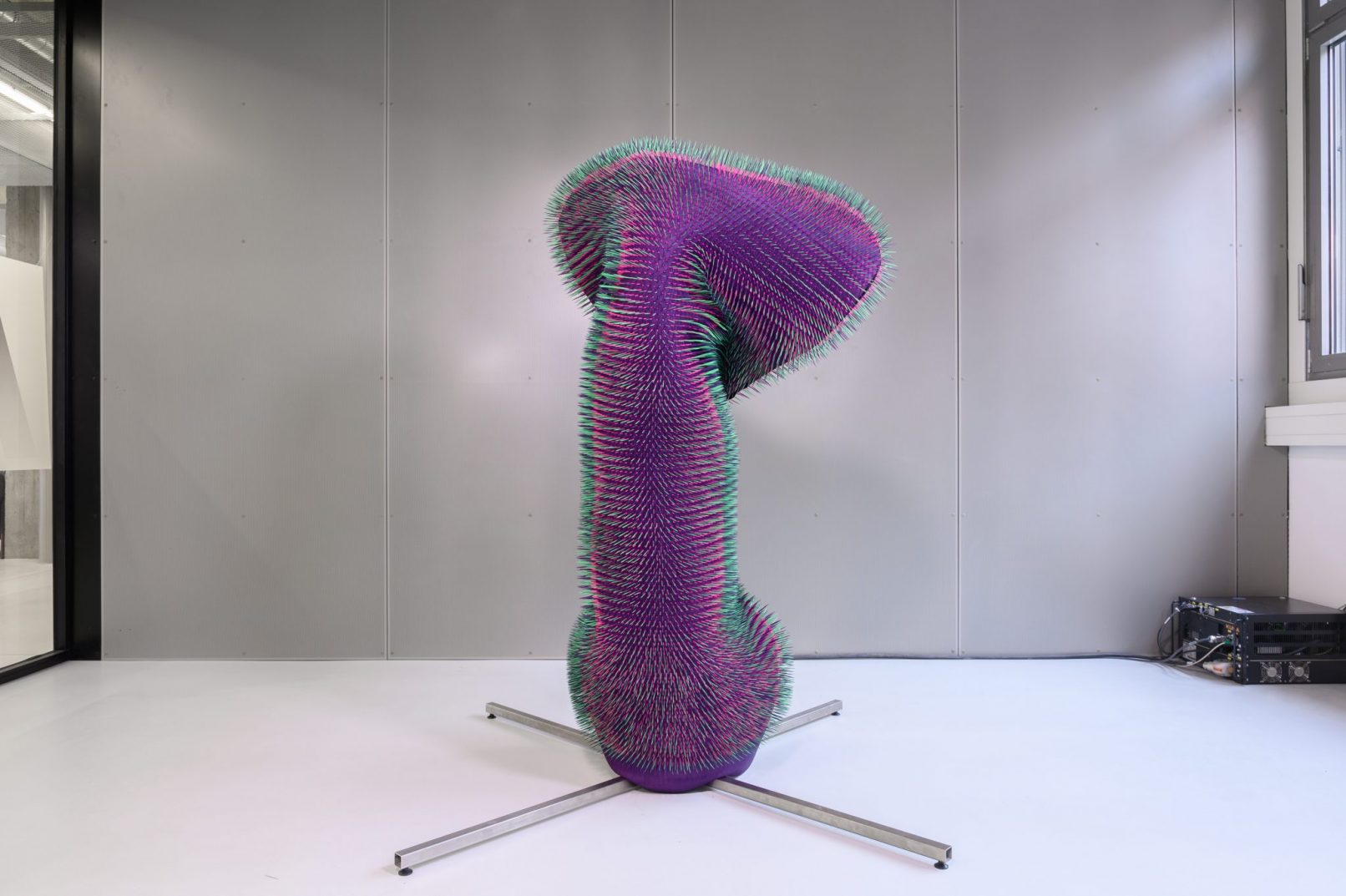 Teaser: Doing Nothing with AI in pink & blue